Anstey is situated in rural East Hertfordshire and is made up of various hamlets called “ends.”

Anstey is not a village in which we want to have street lights, cats eyes, and parking restrictions. In years to come we hope that remote and untouched will still describe the village; and like many generations before us villagers happily get on with their lives, either on their own or within the friendship of their  neighbours, church, school and pub. 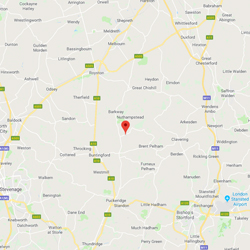