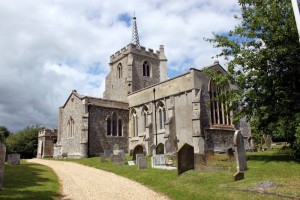 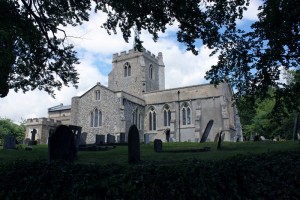 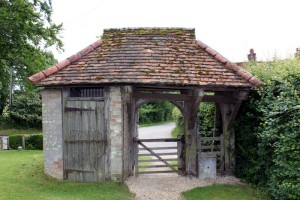 St George’s Church in Anstey is one of five churches in a benefice. For information about the benefice and details of church services please visit the Benefice website at http://www.quintetchurches.com/welcome.htm

St George’s is a medieval building dating from the 12th Century, (c.1170). The Church appears in the book “Britain’s 1000 Best Churches” and receives many visitors from the U.K. and abroad, particularly the U.S. as there is a wartime connection with a U.S. airfield nearby.

Records show a flint and rubble church stood here in Saxon times. It was rebuilt around 1200 by Sir Richard de Anestie whose ornate but damaged tomb is in the church. Some of the material from the castle which stood behind the church is thought to have been incorporated in the building.

The church is noted for its abundance of early graffiti, including some from the 13th century and shows military helmets and shields and that of an

Elizabethan man. The Norman font is one of only two known in England to be decorated with mermen holding their tails.

The church is of cruxiform design and the Central Tower holds a ring of six bells, the earliest being from the 15th Century and the last from 1778.

A Millenium memorial window is dedicated to those American airmen who gave their lives in World War II, It depicts a mass of butterflies flying into a

sky filled with bomber aircraft. The names of all those pilots who died are inscribed on the butterflies wings. 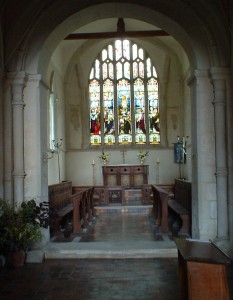